story from: Metis Nation of Ontario

I will never forget the day I drove to my old stomping grounds in Midland, Ontario, to meet with the Métis Nation of Ontario (MNO). 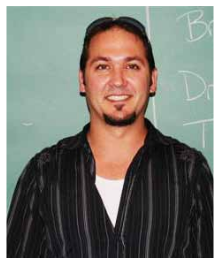 The meeting I attended was an information  session about employment in the energy sector. The MNO teamed up with Georgian College in Midland to provide the Employment in Energy Program, a specialized course for 25 lucky Aboriginal students.

The program was designed to help students find employment in the energy sector in Ontario. Many individuals applied for this opportunity and I was one of  the lucky 25 chosen for this awesome journey.

Having just had a baby boy with my wife, and wanting badly to change my career, to better provide for my family and our future, I took a big chance and set out to achieve my goal.

School was full time, Monday to Friday, from July to October with a 16 week work placement to follow after classes ended.

The classes included Math 1 and 2, drafting, DC circuits, health and safety, and English communications.  With the help of  our fantastic instructors and tutors, I was able to achieve my  goal  and  finish  school  with  the  best marks I ever received as a student. 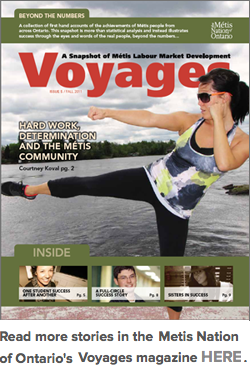 I learned so much in the short time at Georgian College, and my next task was to wow the work placement companies with my new skills, in order to obtain a career in the energy sector.

I sent out many résumés, and had just as many interviews. Knowing many other students from the same program were doing the same stressed me out, as I knew my fellow students were also skilled and knowledgeable.

I received a phone call on the final day of  school from John Wabb, the Vice-president of  Canadian Union of  Skilled Workers (CUSW).

He offered me a chance to join the Canadian Union of  Skilled Workers and without hesitation, I graciously accepted his offer.  CUSW, after all, is one of  the best unions in Ontario.

John was not just looking for a student for 16 weeks, but a person who wanted a successful career in the energy sector.  WOW! A dream comes true!

I started with CUSW in October 2010, working for an Alberta-based power line company called Valard.

Valard is the largest power line company in the world and it is starting Canada’s largest power line project ever.  The project involves running power line from the Bruce Nuclear Plant to a Milton station consisting of  over 700 towers.  This job is expected to take three to four years to complete.

I became a first year power line apprentice with CUSW.  My new career has finally started and my future looks brighter and more promising than ever.  Being a power line apprentice has given me not just awesome benefits and a pension for my future but it has also provided me the means to buy our new family a home in Penetanguishene, Ontario.

I am now back with the people I love and can start my family where it all began for me. This was all made possible with the help of the incredible people at the Employment in Energy program; Bart Caughey, Scott Carpenter and all the generous people at the MNO office in Midland, Ontario.

I made my dream come true.  Above all this experience has shown me and everyone close to me that with hard work, determination, anyone can make there fondest dreams a reality. I am living proof.